Water softener – How do they work?

Water is one of the most important elements in our lives. We need it to survive, we need it in our diet, and in our homes. Water is not just a life essential water is also a tool, a fluid medium that carries material from one place to the next. It does this job well because it’s very good at holding things, either by suspending them or dissolving them. When this happens, the water entering your home can reak havoc on appliances, plumbing fixtures and can at time be too aggressive for normal use. 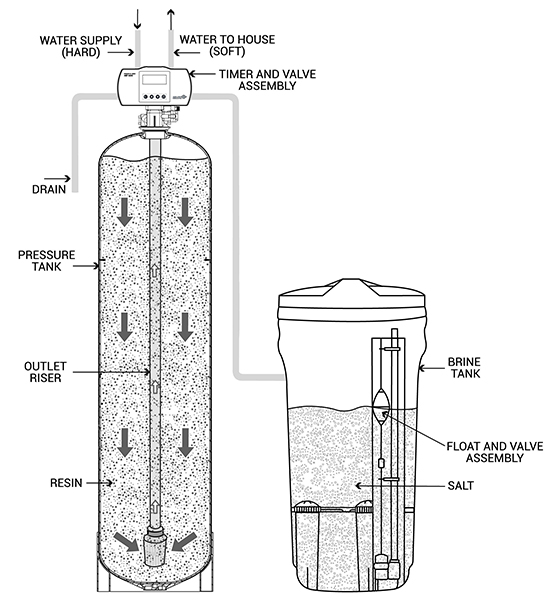 THE SOLUTION (THE WATER) IS THE PROBLEM

Water picks up soluble bits of whatever it passes through, which can mean contamination that makes the water unfit to drink. In many cases it simply means that the water contains minerals found in the earth. Calcium and magnesium are of particular importance because they affect the water’s ability to function in our homes, these minerals make our water hard.

Soaps and detergents lose some effectiveness with hard water. Instead of dissolving completely, soap combines with the minerals to form a coagulated soap curd, because less soap is dissolved, more is required. The sticky insoluble curd hangs around–it clings to the skin and may actually inhibit cleansing, while washed hair seems dull and lifeless.

In the laundry, the soap curd can work its way into your clothes as they’re being washed in your automatic washing machine. It can keep dirt trapped in the fibers, and it can stiffen and roughen the fabric.

Insoluble soap deposits leave spots on everything you wash–from your dishes to the family car–and a soap film will build up in your bath and shower.

Hard water also effects your plumbing system. For example, calcium and magnesium deposits can build up in pipes, reducing flow to taps and appliances. These minerals generate a scale buildup that reduces the efficiency and life of the heater.

THE SOLUTION (THE FIX)

In order to fix this problem, you need to get rid of the calcium and magnesium. The most effective and practical solution is a water softener.

Water softeners are plumbed into your home’s water supply system. They all use the same operating process called ion exchange, where the replacement of undesirable ions with a certain charge are replaced by desirable ions of the same charge.

The heart of a water softener is a mineral tank and is filled with small polystyrene beads known as cation resin which carry a negative charge.

Most popular water softeners have an automatic regenerating system. The most basic type has an electric timer that flushes and recharges the system on a regular schedule, during recharging, soft water is not available.

A second type of control uses a computer that watches how much water is being used, when enough water has passed through the mineral tank to have depleted the beads of sodium, the computer triggers regeneration. These softeners often have reserve resin capacity, so that some soft water will be available during recharging.

A third type of control uses a mechanical water meter to measure water usage and initiate recharging, the advantage being that no electrical components are required, and the mineral tank is only recharged when necessary. When it is equipped with two mineral tanks, softened water is always available, even when the unit is recharging.

Water hardness is measured in grains per gallon (GPG) or milligrams per liter (mg/l, equivalent to parts per million, or ppm). To be considered soft water it needs to be up to 1 GPG (or 17.1 mg/l), and water from 60 to 120 GPG is considered moderately hard. Depending on how hard the incoming water is determines the water softener’s effectiveness. Water over 100 GPG may not be completely softened.

Hard water is not health hazard. The sodium that remains in softened water may be a problem for those on sodium-restricted diets. People may wish to avoid the slightly salty taste of treated water. Either way you can install a separate water dispenser that bypasses the softener. Potassium chloride can be used instead of salt, although this costs about three to four times more. 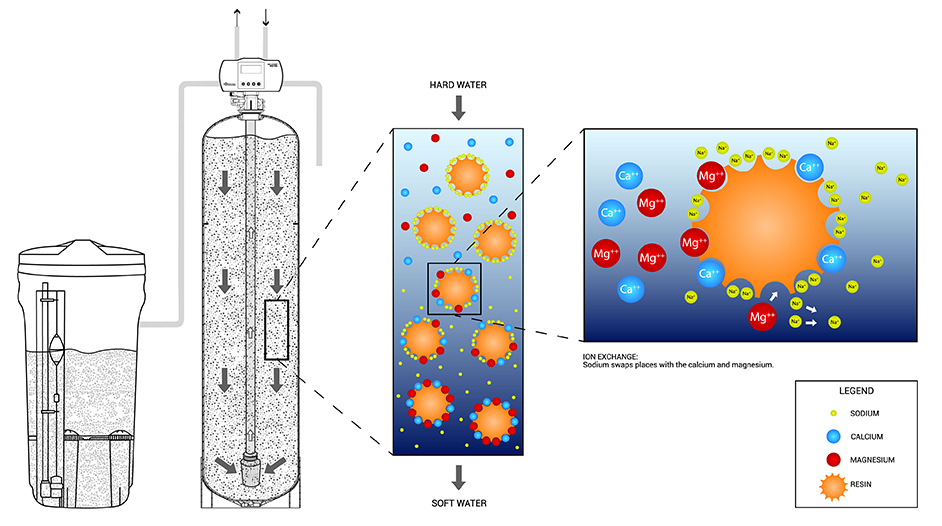 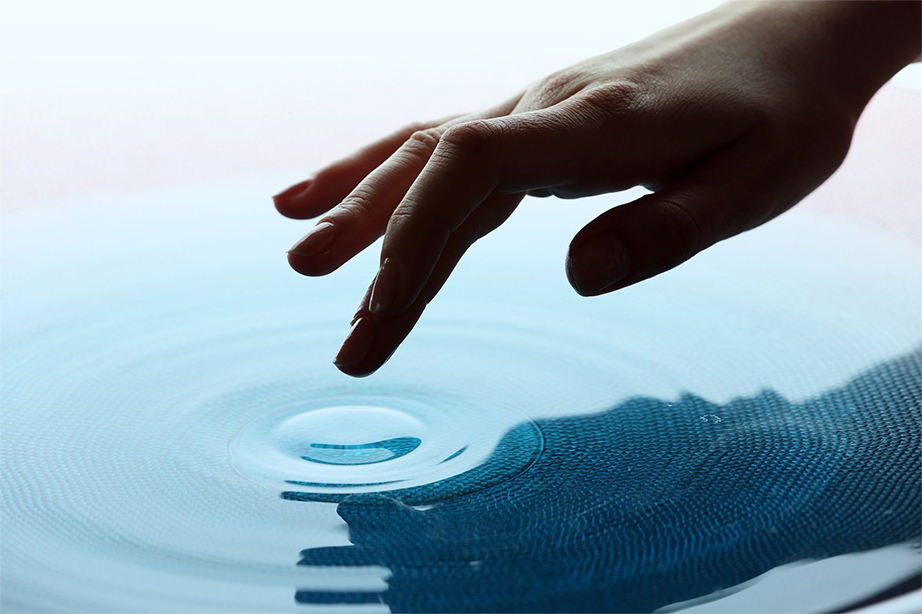 Hard water causes many problems around your home, from spots on glassware and a film on shower doors to plumbing problems and inefficient operation of water-using appliances. Water softener can help solve these problems, learn more about water softeners to get the best one installed for your home.

Water softeners remove the calcium and magnesium ions in your water by replacing them with salt / sodium via ion exchange.

WHAT DOES THE GRAIN CAPACITY OF A WATER SOFTENER MEAN?

The capacity of a softener is the maximum number of grains of water hardness the unit can remove prior to regeneration.

HOW IS THE “HARDNESS” OF WATER MEASURED?

The hardness of water is measured in grains per gallon (gpg). For example, one grain of hardness is equal to 1 / 7,000 pound of rock. Your municipal water supply may measure water hardness in milligrams (mg), liters (L) or parts per million (ppm). One gpg is equal to 17.1 mg / L or 17.1 ppm.

HOW DO I DETERMINE MY WATER HARDNESS?

There are two ways to determine your water hardness, you can call your municipality if you use city water or purchase a water test kit.

HOW DO THESE NUMBERS IMPACT MY WATER SOFTENER PURCHASE?

To determine the appropriate water softener size for your home, you will have to multiply the number of people in your home by the gallons of water they use each day. (80 gallons per person is the average.) Multiply that number by the grains of hardness in your water to figure out how many grains need to be removed each day. After this is done you can shop for a water softener equipped to handle the load. The average for a four-person household use a 33,000-grain unit.

WHAT TYPE OF SALT SHOULD I USE?

A clean pellet or nugget-style salt is recommended, while other types of salt are available for specialized applications.

DOES THE RECHARGE WATER FROM THE SOFTENER HARM MY SEPTIC SYSTEM?

HOW MUCH WATER DOES EACH RECHARGE USE?

Each recharge uses about as much water as it takes to wash a load of laundry.

HOW MUCH ELECTRICITY DOES A WATER SOFTENER USE?

As much electricity as a digital alarm clock.

All hot water should be softened, cold water can be softened as well, although most people leave cold taps hard to reduce salt intake in drinking water and cooking if they are not planning on installing a Reverse Osmosis drinking water system. Reverse osmosis systems remove the salt from the water and are ideal for use in cooking beverage preparation, ice cubes etc. If you are on a restricted sodium diet, check with your physician before installing a water softener in your home.